Three companies and the constraints that helped make them…

1. Google and the single-text-box UI: do you remember how *odd* the single text field seemed when you first tried it? Compare Yahoo!’s search and Google’s search side-by-side in 2001. Do you think it was natural for Google to self-impose the constraint of two links on a single page with a single text search box in view of what ever-more-successful Yahoo was doing at the time? The UI constraint forced Google to focus on making its search algorithms the best, and it had the benefit too that it allowed users to clear their heads and think about what they had come to the web for. Does Google’s lack of advertising on the home page still work to its benefit? Unclear–but for 10 years it’s been a very creative constraint.

2. Twitter and 140 characters: A technical limit of SMS (160 or so, minus the characters you need for metadata) was the beginning of Twitter. Although many tweets come from other places, it turned out to be a useful constraint not just for the sender but (perhaps more importantly) for the listener. This post will have few readers. (In fact, if it’s read at all, it will be because somebody else has the same idea and Googles ‘creative constraint google twitter facebook’ and finds a single match…) The blog is undervalued right now because so much of the content is bad, and it takes forever to wade through it. Twitter forces you to distill it to something that, even if it’s not valuable, at least won’t consume too much of the reader’s time. As a reader, I am much happier diving into Facebook if I know that the updates and posts are not likely to be very long.

3. Facebook and user identification: For so long, you could be anybody you wanted to be on the Web. All websites gave you the flexibility to be as anonymous as you chose to be. Facebook gave us the constraint of using your *real* name. Only after that was it possible to build a feature set based on the interconnectedness of people. Whereas Yahoo! Groups forced us to *identify* ourselves to Yahoo! to join a group, it did not force us to identify ourselves to our friends. In spite of the trust issues that have arisen with apps and data privacy on Facebook, the commitment of faith to this platform is something we haven’t seen since the rise of email. 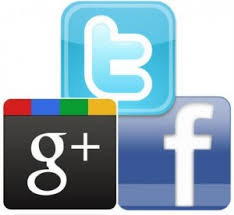